Commenting on performance and outlook, , President and Chief Executive Officer, said:  "We are pleased to report earnings per share of for the third quarter of 2017.  Gas segment results improved between quarters due to higher operating margin and lower depreciation expense associated with the general rate case settlement, which was effective in April 2017.  Our construction services subsidiary also turned in a solid quarter with earnings only slightly below last year's record results."

"In early November, our natural gas segment achieved a major milestone.  We now proudly deliver natural gas to two million homes and businesses throughout , , and California.  This achievement holds great significance for us.  When our company was founded in 1931, no one dreamed we would serve so many.  Over the decades, the population in our service territories has grown and we also made a few strategic acquisitions along the way, adding to our customer base.  Today, we enjoy a reputation built on operational excellence and the trust of our customers, which we never take for granted.  As we look forward to the future, we will continue to work hard to emphasize our customers' safety and their service satisfaction, as well as the value we provide to our shareholders."

Operating margin increased $6 million between quarters.  Rate relief in the and jurisdictions provided in operating margin.  An additional was attributable to customer growth, as 32,000 net new customers were added during the last twelve months.

Operations and maintenance expense was relatively flat between quarters.  Decreases in employee-related benefit costs more than offset increases in other general costs.  Despite a 5% increase in average gas plant in service, depreciation decreased .2 million between quarters primarily due to reduced depreciation rates in , a result of the recently effective rate case.  Property taxes increased due to additional plant in service and increased property taxes in Arizona.

Operating margin increased $26 million between periods including a combined of rate relief in the and jurisdictions, as well as .  Customer growth provided in operating margin.  Operating margin associated with recoveries of regulatory assets, infrastructure replacement mechanisms, customers outside the decoupling mechanisms, and other miscellaneous revenues collectively improved $4 million.

Operations and maintenance expenses increased .9 million, or 3%, between periods primarily due to general cost increases, partially offset by lower pension expense.  Approximately .6 million of the incremental costs recognized were associated with the amount and timing of employee incentive plan grants (including accelerated recognition for retirement-eligible employees).  Depreciation decreased .9 million between periods as the impact of a 6% increase in average gas plant in service was more than offset by reduced depreciation rates in , effective April 2017.  Property taxes increased .4 million between periods primarily due to the new plant additions and increased property taxes in Arizona.

Other income increased between periods primarily due to of COLI cash surrender value increases in the current twelve-month period compared to in the prior comparative period.  COLI amounts in each period were greater than expected.  Net interest deductions increased .3 million between periods, resulting from the issuance of $300 million in senior notes during the third quarter of 2016, partially offset by reductions associated with various debt redemptions during the past twelve months and lower interest expense associated with balances as compared to the prior-year period.

Revenues increased , or 12%, in the third quarter of 2017 when compared to the prior-year quarter primarily due to an increase in pipe replacement work with existing customers. A significant portion of the increase relates to bid jobs that are expected to be substantially complete by year end.

Construction expenses increased $42 million, or 14%, between quarters due to additional pipe replacement work.  Results were negatively impacted by higher construction costs for a water pipe replacement project, for which Centuri has requested increased cost recovery.  No additional work orders will be accepted on the project pending resolution of Centuri's request.  Gains on sale of equipment (reflected as an offset to construction expenses) were approximately and .4 million for the third quarters of 2017 and 2016, respectively.

Depreciation and amortization decreased between quarters, primarily due to a $2 million reduction associated with the extension of the estimated useful lives of certain depreciable equipment during the past 12 months.

Revenues increased , or 4%, in the current twelve-month period compared to the prior-year period primarily due to additional pipe replacement work for existing customers.

Construction expenses increased .9 million, or 6% between periods, due to additional pipe replacement work, higher labor costs experienced due to changes in the mix of work with existing customers, and higher operating expenses to support increased growth in operations.  The logistics surrounding the timing and length of a temporary work stoppage with a significant customer during the first six months of 2017 and higher labor costs incurred to complete work during inclement weather conditions in the first quarter of 2017 resulted in costs disproportionate to revenues.  In addition, results were negatively impacted by higher construction and start-up costs related to a water pipe replacement project, for which Centuri has requested increased cost recovery.  Gains on sale of equipment (reflected as an offset to construction expenses) were .5 million and .2 million for the twelve-month periods ended and 2016, respectively.

Depreciation and amortization decreased .6 million between the current and prior-year periods primarily due to an reduction associated with the extension of the estimated useful lives of certain depreciable equipment over the last twelve months, partially offset by an increase in depreciation for additional equipment purchased to support the growing volume of work being performed.

provides natural gas service to 2 million customers in , , and .

Forward-Looking Statements:  This press release contains forward-looking statements within the meaning of Section 27A of the Securities Act of 1933, as amended, and Section 21E of the Securities Exchange Act of 1934, as amended. Such statements include, without limitation, statements regarding (the "Company") and the Company's expectations, hopes or intentions regarding the future. These forward looking statements can often be identified by the use of words such as "will", "predict", "continue", "forecast", "expect", "believe", "anticipate", "outlook", "could", "target", "project", "intend", "plan", "seek", "estimate", "should", "may" and "assume", as well as variations of such words and similar expressions referring to the future, and include (without limitation) statements regarding expectations of continuing growth in 2017, the anticipated effects on the Company of the recently approved general rate case settlement, and the Company's optimism about the future. In addition, the statements under the heading "Outlook for 2017 – 3rd Quarter 2017 Update" that are not historic, constitute forward-looking statements.  A number of important factors affecting the business and financial results of the Company could cause actual results to differ materially from those stated in the forward-looking statements.  These factors include, but are not limited to, the timing and amount of rate relief, changes in rate design, customer growth rates, the effects of regulation/deregulation, the impacts of construction activity at Centuri, future earnings trends, seasonal patterns, and the impacts of stock market volatility.  In addition, the Company can provide no assurance that its discussions about future operating margin, operations and maintenance expenses, operating income, depreciation and general taxes, COLI cash surrender values, financing expenses, and capital expenditures of the natural gas segment will occur.  Likewise, the Company can provide no assurance that discussions regarding construction services segment revenues, operating income, and net interest deductions will transpire. Factors that could cause actual results to differ also include (without limitation) those discussed under the heading "Risk Factors" in most recent Annual Report on Form 10-K and in the current and periodic reports filed from time to time with the SEC.  The statements in this press release are made as of the date of this press release, even if subsequently made available by the Company on its Web site or otherwise.  The Company does not assume any obligation to update the forward-looking statements provided to reflect events that occur or circumstances that exist after the date on which they were made. 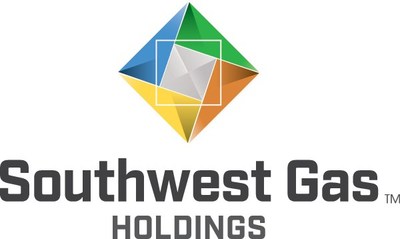